The largest city in Montana, Billings, is the principal city of the Billings Metropolitan Area as well as the county seat of Yellowstone County.

This rapidly growing city experienced economic growth even during the 2008 recession. The oil fields in the area ensure that residents of Eastern Montana will remain employed for all of the foreseeable future. Since its establishment as a railroad town in 1882, Billings has served as the metropolitan area for all of Montana as well as Wyoming, North Dakota, and South Dakota. Despite its small size in relation to other major metropolitan areas, Billings attracts major concerts, conventions, and sporting events. 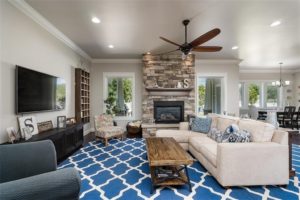 The real estate market in Billings is booming. With the rapid growth encouraged by the oil fields, both previously owned homes and new construction are selling quickly.

Unlike many other major metropolitan areas, rapid growth in Billings did not directly result in an overly inflated housing bubble. Because of all the available land in and around Billings, the housing prices have not been driven up exponentially. Instead, many new planned communities have been designed and built in the last decade.

Because of the availability of prefabricated homes and empty lots, it is possible for buyers to get exactly what they want. Families that know exactly what they want in a home can purchase an empty lot, giving them the ability to plan and build their dream home from the ground up. Many new and previously owned homes for sale are move in ready, so low maintenance individuals can relocated to a new home in Billings as soon as possible. I would be happy to show you the undeveloped lots and homes available for purchase in Billings. Alternatively, if you are looking to sell your Billings home, contact me and I will help you find the perfect buyer for your property. 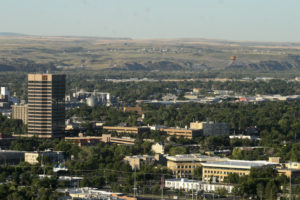 Life in Billings, MT is very nearly perfect. The traffic is easy and low volume. Unlike many major metropolitan areas, commute times in Billings are measured in minutes, not hours. Most drivers drive slowly and cautiously in town, resulting in a lower than average number of auto accidents. Residents of Billings also enjoy the fact that there is NO sales tax! This makes activities such as going out to eat much cheaper since there is no luxury tax added to your bill. This is an unexpected perk for someone accustomed to living in a state with high sales taxes.

Billings is the perfect place for outdoor recreation, including hiking. The friendly people passing by on the trail make hiking a fun adventure whether you go alone or in a group. The beautiful scenery and clean, crisp air are unmatched. Enjoy cool summer breezes, fall foliage, snow covered hills, and springtime flowers. The four distinct seasons found in Montana are a huge draw for people relocated from southern cities. The unique combination of big city amenities and countryside charm attracts transplants from all over the continental United States.